Set on the northern slopes of Palos Verdes overlooking the city of Los Angeles we were given the opportunity to create essentially a new golf course for an existing club. We are thrilled will how this project came out, despite a number of set backs including unprecedented rain storms in early 2017, the members have a fantastic facility with outstanding vistas of the LA basin.

The original golf course was set within narrow parcels of land, partially owned, partially leased over the 50 year tenure of the club, a great location but a compromised site that never achieved the ambitions of the membership. Fate stepped in with the ultimate golfing opportunity, the neighboring sand quarry was mined out and required restoration. Music to a golf designers’ ears.

We set about designing a new golf course around a new clubhouse set on a bench on the Palos Verdes Hill mostly over the old sand quarry. The mining past of the site was lost under a massive restoration project. The course was opened on 13th January 2018. 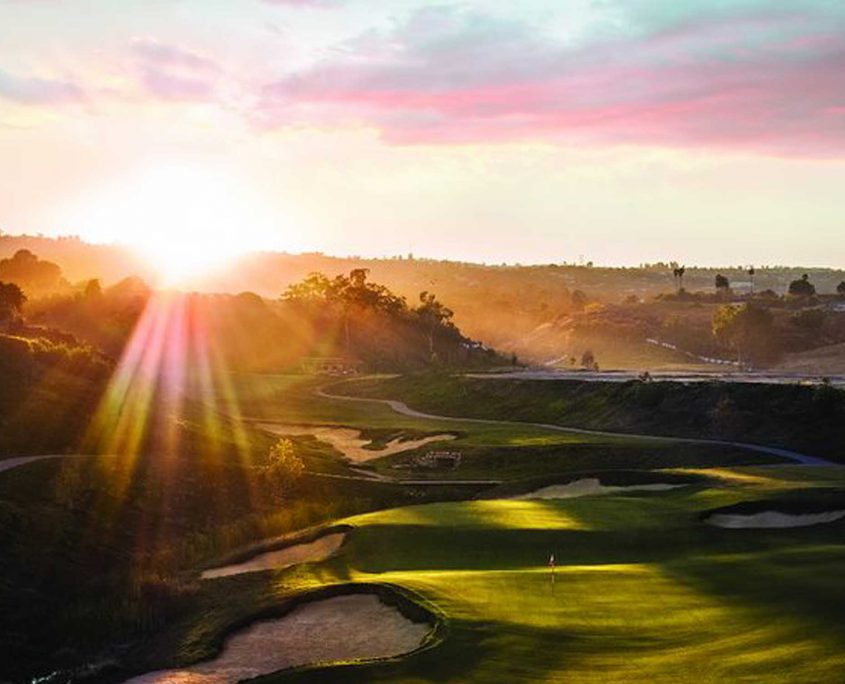