After observing many of West London’s recent modern club failures, my pitch to the developer, Fred Green, was that Queenwood had to be a departure from that modern style and a return to the heathland traditions of Sunningdale, Walton Heath, Woking, and Swinley Forest—all nearby, famed London courses.

Heather is a key design element at Queenwood, employed both for its strategic and aesthetic values, most notably on the bunker faces. It took a good five years to grow in to the fullest, and now that it has, everyone seems to understand why I insisted on using the heather so extensively.

Queenwood is widely regarded the most exclusive private golf club in Europe and the membership rolls include some of the biggest names in professional golf. 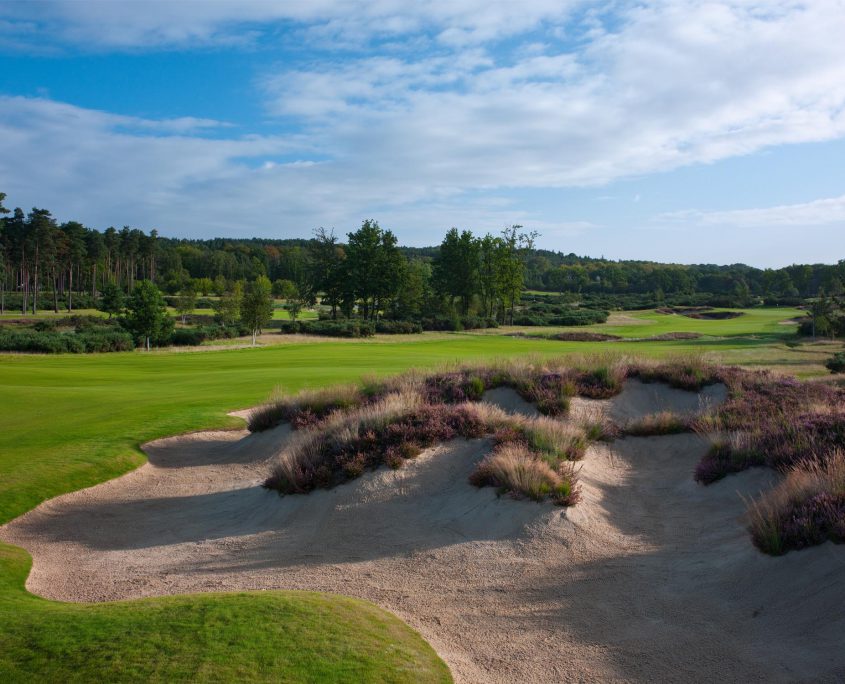 It is a really special place. The practice facilities are so good they wouldn’t be out of place at a professional tour event.

I have been honing my game at home and in this weekend’s club championship at Queenwood, which I managed to successfully defend.

David McLay Kidd has done a masterly job. It is a triumph of understatement at first glance. It is not until you stretch your legs and stroll around that you are hit by the detailing, particularly the greens that roll and pitch like a sea swell. This is real class.