The 20th century media magnate Lord Maxwell Beaverbrook had his country mansion on the west side of London on a grand estate overlooking the beautiful Surrey Hills. Lord Beaverbrook was confidante to many, most notably Winston Churchill whom he advised throughout WWII.

After Lord Beaverbrook’s passing the stately home and grounds fell initially into disrepair and the grounds used for cattle grazing. As years passed the house was renovated and the grounds minimally maintained but the place lacked true purpose. Joel Cadbury (of the chocolate dynasty) and his partners conceived a new, and exciting future, for this historic estate. A major part of this new future was to create a world class private golf course in the grounds and in so doing create the need to maintain the majority of the grounds for their environmental and ecological potential.

We have only recently completed this golf course, our first and only collaboration with 8-time major winner Tom Watson. Our mandate was to create a classic course as sympathetic to this landscape as one could conceive both visually and environmentally. 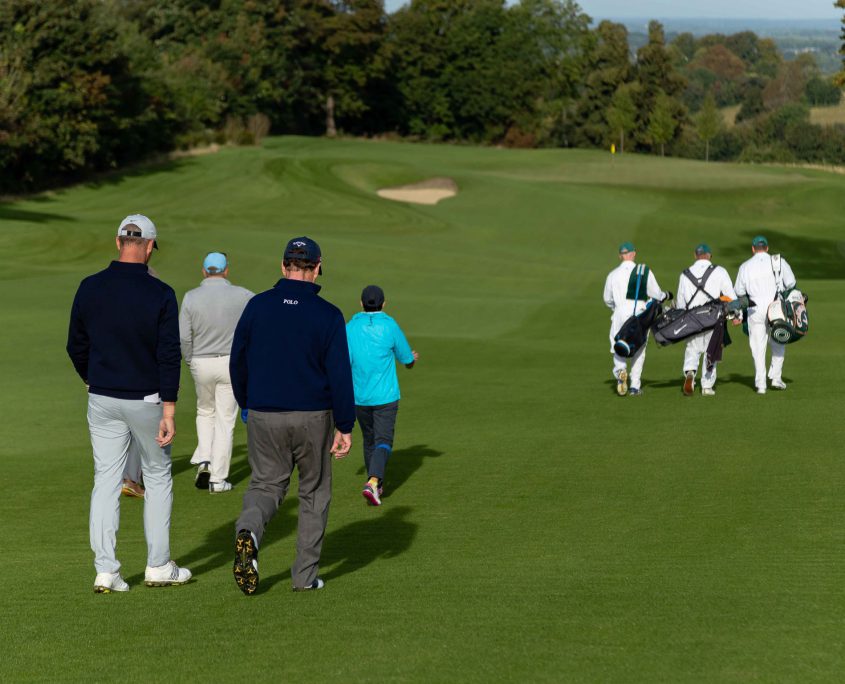